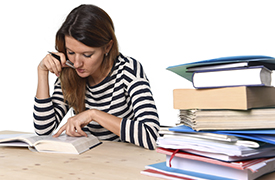 The highly-esteemed lecturer walks into the auditorium, dead silence emerges as some ruffle their books and get their pens ready to write down the great wisdom unfolding into their minds. The professor begins to unlock his bountiful knowledge in quick and colorful speech.

“But wait, what is the professor saying again?”

This is the real-life situation of students at university who have English language problems. For decades, the standardized test monopoly of IELTS and TOEFL have limited the failure rates of students who can’t read or write, listen or speak, comprehend or express. Yet their dominance has never been more challenged than now, when we have the entire world on the internet and are breaking away from a standardized testing paradigm altogether.

But a failing English admissions testing paradigm doesn’t stop the profit-making schemes of companies like Duolingo and Pearson who are giving students and universities simply more of the same, except a little cheaper through automated speaking and writing scores.

But “cheap” is exactly what these tests are from a human potential perspective. Although “valid” and “reliable” as general language assessments, these tests were never a replacement for immersion and study abroad courses – which are effectively limited to those with scholarships or rich families. So kudos to the standardized test makers for enabling millions of people to get on their degrees in English. Too bad that it doesn’t help students actually pass their degree. Too bad it doesn’t excite students’ intrinsic motivation to learn – rather kills it.

An increasing number of international students, most of whom have “sufficient” or even “great” IELTS scores, are failing on their university degrees. Take a look at this development in Australia:

Now we are full force into the 21st Century, and standardized tests are still the norm? It seems from at least 5 angles that the IELTS and TOEFL have seen their day, and need to be replaced by something better for students and lecturers. Sadly, the “new and improved” tests like Pearson PTE and Duolingo only recreate the problems that led to so many failures in the first place.

Let’s look at some reasons why these tests aren’t fit for 21st Century students and some possible solutions you can implement right now:

Reason #1 Standardized tests are not academic, nor do they lead to academic knowledge

Although ‘reliable’ meaning that these tests are consistent within their own questions and answers, they do not reliably measure the test takers’ ability to manage academic work. First, the test questions relate to comprehension of general texts and lecture extracts that are inauthentic – lecturers don’t actually talk so perfectly – and also the length of the activities only shows that the test taker can concentrate on short texts or audio extracts, not the larger, detailed, and comprehensive academic lectures and texts they will face at university.

The clearest example is the writing section of these exams, which is one whole page and lasts only 45 minutes. I have never seen a lecturer give a “one page essay” assignment on a random topic. Never. And I never will, and the test taker never will, because the truth is that IELTS and its friends are not academic, nor does their ‘randomized’ version of validity transfer to academic knowledge – because academic knowledge is based within and across disciplines – anything but a random topic or a generalized exam.

Solution: For a long time, universities have offered “pre-sessional” and “foundation” courses to students on-campus, which cover the types of actual work necessary at university. Many of these programs offer direct entry if the student reaches a decent score. This doesn’t guarantee that the student will complete their degree work with high quality, but it is a much better measure – because each university knows their own students and faculty whereas standardized tests are context-independent. At Advanced Language Institute, we have developed a 75-hour pre-sessional course for Masters students, fully online, with personal tutorials and – importantly – about the same price as an IELTS or TOEFL. Learn about the Masters Bridge in English here.

Reason #2 Students want to learn something, not just pass a test

You see them, rows and rows of Chinese students sitting there heads hunched over the paper and pencil test like their lives depend on it. Actually, their lives do depend on it. If you don’t get the right “score,” you don’t get in to the right university and you are shamed and doomed to be seen as a failure. The problems inherent in the 19th and 20th Century positivist paradigm are clear in the weaknesses of today’s standardized English admissions tests.

But then I look at my five-year old daughter, I see curiosity, I see creativity, I see independent thinking, I see critical thinking – she LOVES learning. And in fact, all kids do and all humans do in our natural environment. Learning is beautiful.

But our societies have constructed a “norm” of “ability” in “English” that can somehow not be observed from the student’s passion for learning, creativity, intelligence, or a portfolio of successful interpersonal interactions – it can only be seen from results of a computerized exam that nobody would ever prepare for or pay for if they had another option that included learning for its own sake.

Solution: “Whole child” education to start with. I can’t talk enough about early childhood education and offering the child a broad spectrum of possibilities.But by the time they’re ready for university their minds have already been warped towards testing, so the IELTS seems natural. The best way around this is to dispense of the test or have a really low minimum (lower the stakes) and add other measures like subject-specific area reading comprehension, pre-sessional and in-sessional support, research methods classes, rhetoric classes, writing labs and so forth. All of this can be done online by the way.

So with DuoLingo and PTE the standardized exams are getting weaker and weaker from a student production perspective, yet more and more “convenient” from a marketing perspective – and pretty cool from a technology perspective. But how do we really know that any student has mastered the English language for academic purposes?

Currently, universities judge that a student has achieved a certain level of Academic English from a 15 minute pre-determined conversation, a one-page essay, a brief description of some data, and the rest basically multiple choice questions with a 50% chance of guessing the right answer. But the students can “cram” and prepare for situations they can already expect – in real life, speaking situations are far more spontaneous and writing situations much less randomized. In fact, most students – if they actually prepared for the test – will have a body of evidence such as practice essays, recorded speech, and high school or university English scores.

Although these last scores are unreliable due to ecological validity problems, what is reliable are documents and recorded texts such as paper submissions, blogs and other published material, recorded speech in interviews or many other possibilities. Standardized tests don’t value any of the test taker’s “portfolio of work,” and thus turn the test taker literally into a number, rendering all of their previous hard work meaningless. Thus, to the student, their hard work is meaningless, it is only the results that matter – the results that never took into account the student’s previous or current English work.

Solution: The way to fix this problem is with portfolio-based assessment. If you have at least three ‘artefacts’ of a sufficient length and depth and can prove that they are the applicant’s original productions, then an English language professional can judge its level within minutes. Add another one if you want a ‘double blind’ type of standard. What about the language of the arts? Some students have hobbies, ranging from gaming to fashion to fishing to sailing where they all use some English – have them prepare over the course of 3-4 years by collecting their English work. You might even learn something about sailing.

One single 15-minute invigilated examination session with two people staring at you is not anything like a group discussion on a sensitive topic or a private tutorial to discuss a problematic draft. Nor do the listening and speaking tasks pick up on “cues” that indicate a person with exceptional interpersonal/emotional intelligence that flow through language. Group skills, long listening, asking questions, use of irony and humor, and building on topics are just some interpersonal skills not covered in standardized tests.

It is well-known that Emotional Intelligence is the key skill area of the future, so much so that in recent studies ranging from McKinsey to Deloitte, interpersonal ability is seen as the most important skill set for employees of the future – as technology and automation overtake many roles, there simply won’t be jobs for people who are good at passing tests, but there will be plenty of work for graduates who know how connect with other humans (and the planet) emotionally.

Solution: Look “holistically” at applications. Allow for other qualifications to make an impact on your university’s admissions decisions besides standardized tests. For example, many universities have interviews where they can “feel out” the student and get an idea of their language ability. Otherwise, there are many Emotional Intelligence online courses and workshops that students attend. If these are conducted in English and the student receives a certificate, why not create a system where qualifications like this are accepted in lieu of a standardized test score? In addition, looking holistically will give you much more insight on the student’s attitude and competencies than some paper scores.

This is one of the areas where IELTS and TOEFL haven’t ventured, due mostly to limited market demand and replacement products like the LSAT in law or the CanMed in Medicine.

But subject-specific vocabulary is also one of the most important areas of academic study – to know the language of the field, and be able to learn it quickly.

None of the abovementioned tests looks outside of the generalized bubble to meet the standards of any specific discipline. Then what is their substance? The student who has grown up learning about things called “eishörnchen” and another “squirrels.”

It’s decidedly much easier for the English speaker in subject specific areas, like each course is in university has its own vocabulary. As you raise in level, so do the demands of knowing subject-specific language yet not a single masters degree site I’ve seen has a subject-specific language requirement on their admissions page. When a student’s first degree is in Bulgarian then he might come to his Masters degree class calling them “kateritsa.”

Solution: If you can’t create a subject-area language course or test that includes vocabulary, then teach students how to learn vocabulary and concepts from their reading and listening activiites. If a student watches hours of Youtube and reads tons of LinkedIn blogs like I do, then there are pleeeeennnntttyyyy of new words, phrases, and linguistic novelties to be found in their field. For example, today I learned the concept of UID or Universal Instructional Design. Of course I know these three words independently, but putting them together in a concept was something I picked up on a blog. Now I can go and explore more on the topic and then watch sailing or squirrel videos, but if I were a student then jotting down the words and submitting them to my Quizlet or other app for further memorization.

It’s up to the schools to change, not the students. Basically,

as long as there are standardized tests that have little relevance to their study program yet are required for entry, students will beat their heads against the wall to pass them.

It’s our responsibility as educators and parents to quell this nightmarish cycle of repetition and memorization, this outdated generalized and ineffective way of judging capability. Welcome to the age of personalization and the internet, IELTS and TOEFL. And for the new tech-savvy competitors DuoLingo and PTE – you could have done better for the students than the same old song and squirrel.